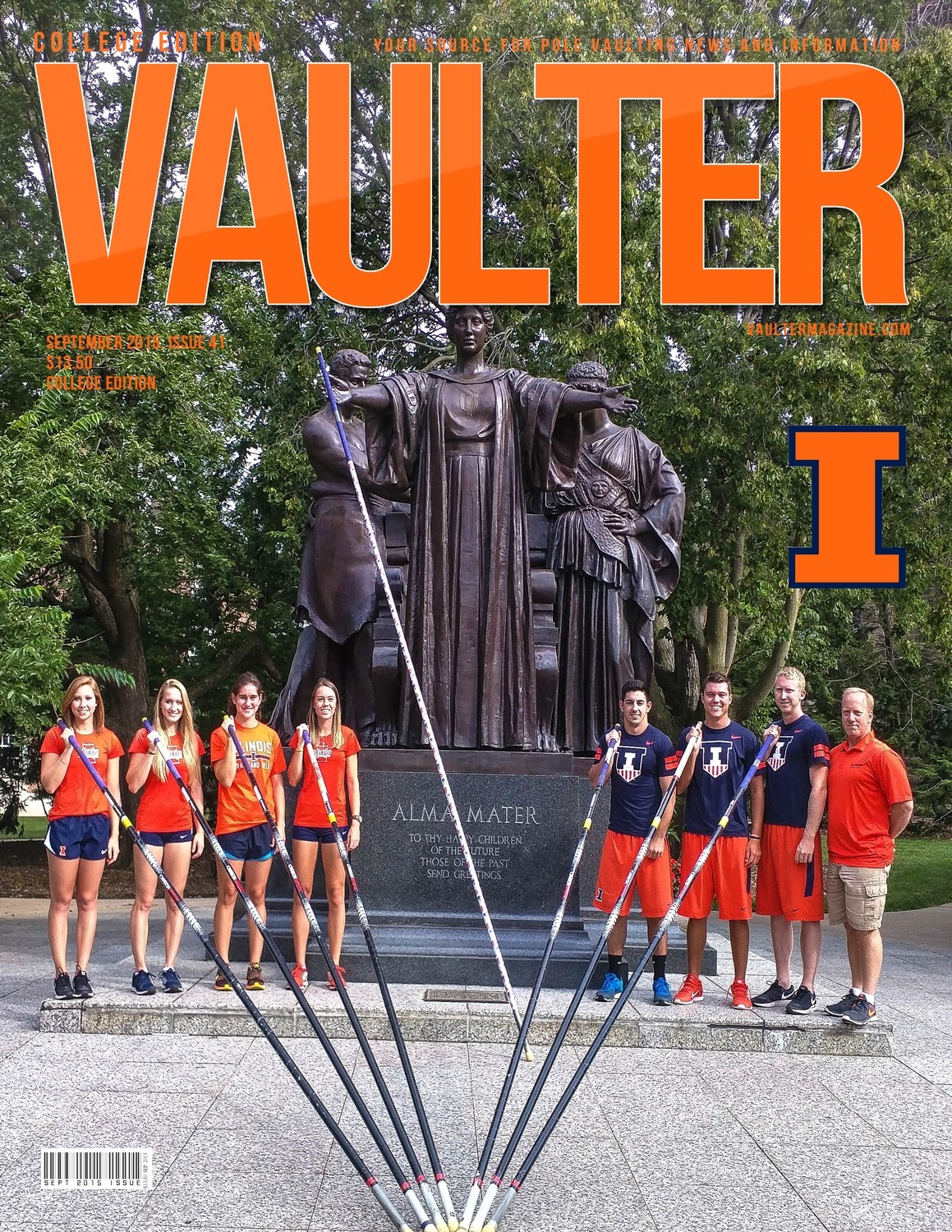 Fall 2015 is here! New school year, new you, and new season just around the corner! For some, pre-season has already begun—getting ready for the fast-approaching indoor season. Along with the new school year, this month we have some great articles for you to read!

We have two contributor writers this month: First being Dylan Cornwell. Dylan has written about how his coaches started coaching pole vault and how they all became a family. Helping so many vaulters at several different schools, Tim and Shannon DeCooman have changed the lives of all their vaulters. As a thank you to them and all they have done, Dylan wanted to write about their story for the magazine.

Our other writer is Adele Correale San Miguel. She has written an article on decathlete Harrison Williams. It’s an incredible story of a boy who believed he could, so he did—despite what everyone else said. Adele documents Harrison’s story of how he started at the bottom and worked his way up to being a champion. Take a look at this story, it won’t be the last time we hear of him.

Our featured club this month is the PV Junkies Jumps Club in East St. Joseph, Illinois. Coach Bryan Carrel has had this club since 1994 and has produced many great athletes. Having completely built this club, Coach Carrel has made it to where his athletes will not go without. Offering over 400 poles, an indoor pit and outdoor pit, and much more, the PV Junkies can be successful all year around. Don’t miss this power-house of vaulters!

On the cover this month we have the University of Illinois. Coach Carrel has been the U of I coach for that past 15 years and he has produced some very competitive vaulters. This Big Ten school will no doubt be competitive at meets this upcoming season. Look out for the Flying Illini Vault Crew, they’re prepared to have a successful season full of PR’s and records. Check them out!

Thank you again for staying with us. Keep up all the hard work! We love seeing how you all are improving and look forward to seeing what you do in the future. Until next month, keep us updated and have fun!