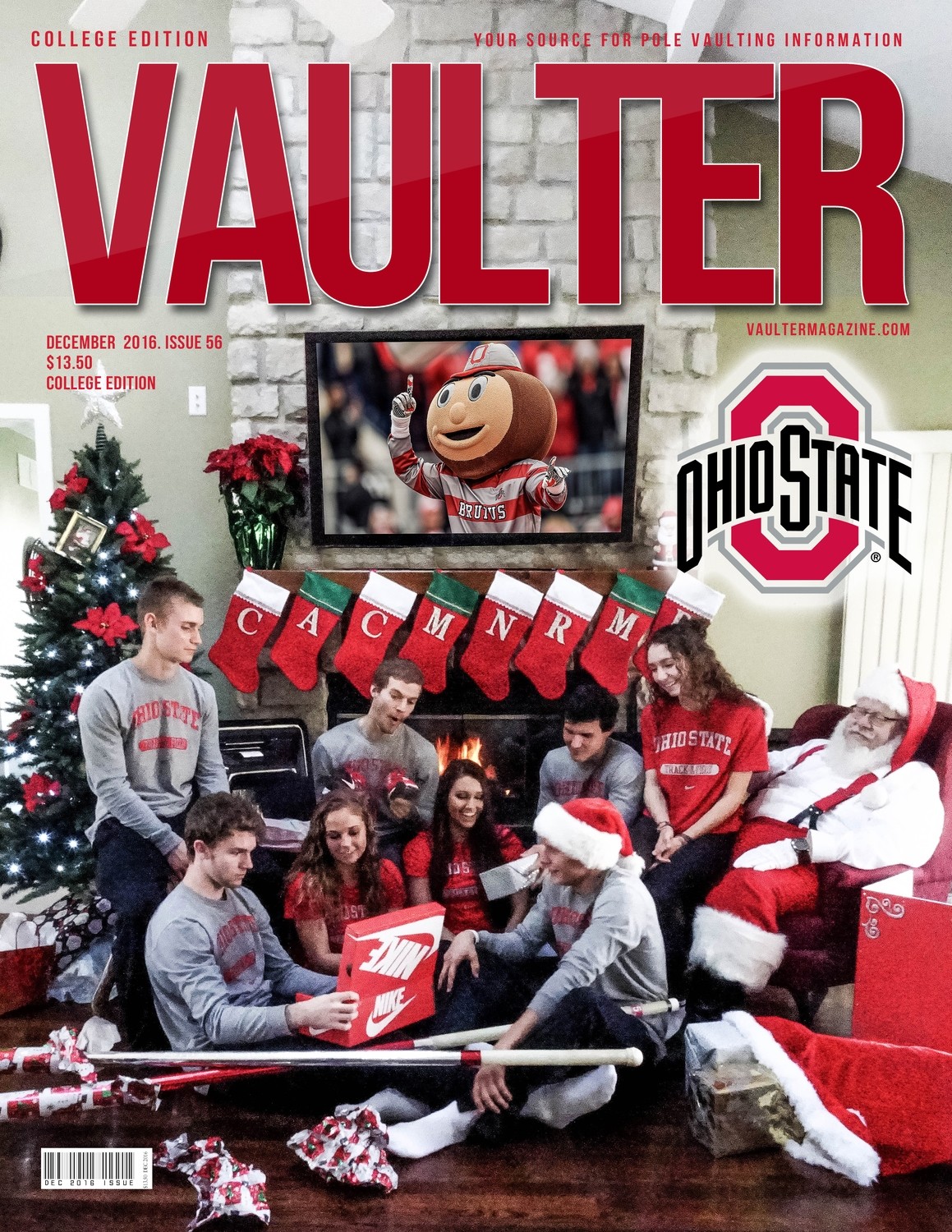 Holly hubs of heck, it's December already! 2016 is on the verge of passing us right on by. Merry Christmas to you all and we would like to wish you all the best of the holiday season. Things are starting to heat up in the pole vault world, and pole vaulting has begun to get serious right about now.

This month for Vaulter magazine we have Ohio State University on the cover, brings us some Christmas cheer with good ole Santa Clause next to the fireplace. Under the guidance of coach Robert Banhagel and women’s vault coach Richard Ebin, these pole vaulters are sure to bring the competition to a higher level in 2017. This University has a long history of successful track and field athletes, and they are sure to impress once again.

Nic Caldwell comes to us this month with an article about the will of the athlete, the hard worker and the ability to work with talent. A fun article about what coaches have to work with when they have a new athlete joining for the first time. In the end which athlete would you rather have, a talented one or a hard worker?

"Although pole vaulting is widely considered to be one of the most dangerous school sports by athletes and onlookers alike, it is rare that a vaulter will experience one of the near-death experiences that both terrify and draw the general public to the sport." Kreager Taber discusses the injuries associated with the sport of pole vaulting and the likeliness of occurrence. Great read and interesting perspective into the realm of pole vaulting injuries.

Check out Samantha Kaplan once again she discusses three aspects of the vault, approach, plant, and top end. Not only will she discuss the usefulness of these elements, but she'll also talk about the proper way to run the drills. Fun read and an excellent way to look at many different variations of the drills. Pool vaulting will be covered in the last paragraph so be sure and read all about it!

Tim Murphy writes about his experiences with track and field and why he started pole vaulting. Knowing his father and track coach would eventually expect the best from him, Tim ended up in the pole vault pit. Great things were sure to follow so have a read and come along for the journey.

Thank you for reading this month's issue of Vaulter Magazine. Last month of the year and 2017 promises to be a big year with Rice University and Auburn right around the corner.